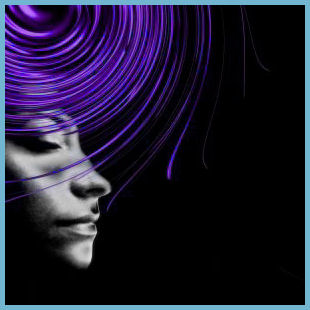 Several years ago, Professor William Duggan was intrigued to learn that while most common English words date back to at least the 15th or 16th century, the word strategy entered the language only in 1810. He set out to discover why. It turned out that in 1810 Napoleon Bonaparte was at the height of his power, and in that year Carl von Clausewitz began his classic treatise On War, which attempts to explain Napoleon’s military success. “Von Clausewitz describes something as the essence of strategy that he calls coup d’oeil, which in French means ‘glance,’” Duggan says. “And it occurred to me that it seemed an awful lot like modern research on expert intuition.”

In 1832, von Clausewitz points out that instead of pursuing territorial objectives, Napoleon looked for opportunities to win battles. A profound student of military history, Napoleon sought to apply the successful tactics of past generals to new situations. Von Clausewitz describes four elements of Napoleon’s approach to strategy:

(4) the resolution to move forward and overcome all obstacles.

Research on expert intuition supports the notion that in urgent situations, people make decisions by combining analysis of past experience with a flash of insight. In the 1990s psychologist Gary Klein studied the decision-making processes of emergency room nurses, firefighters and soldiers in battle. While these experts initially attributed their choices to intuition, further probing revealed that they were actually making rapid connections between the situation at hand and similar situations stored in their memories.

Recent brain research provides further evidence that people make decisions through a combination of analysis and intuition. In 2000 a group of neuroscientists won the Nobel Prize for a new model of the brain called intelligent memory, which overturned the previous left-brain/right-brain model. “Basically as you go through life, you’re putting things on the shelves of your brain,” says Duggan. “The scientists call it parsing; it’s technically analysis. Your brain is constantly comparing what it’s taking in to what’s already there, and when it finds a combination — a synthesis — you have an insight.”

Duggan defined the common idea as strategic intuition: “the selective projection of past elements into the future in a new combination as a course of action that might or might not fit your previous goals, and the personal commitment to work out the details along the way.”

Last year Duggan reviewed the core procedures in the Army’s standard planning manual to see how well they fit with strategic intuition. In the resulting publication, Coup d’Oeil: Strategic Intuition in Army Planning, he notes that the manual reflects an outdated view of the human mind — the idea that analysis and intuition take place in separate parts of the brain and are appropriate for different situations. In reality, as the new brain research shows, analysis and intuition are closely intertwined in all situations.

Once you understand how strategic intuition works, you can identify opportunities that you might otherwise have missed by following these four steps:

If the shelves of your brain are well stocked, you are more likely to make an important connection. Napoleon and Patton, two of the most successful generals who ever lived, both had an encyclopedic knowledge of military history. They were famous for not choosing a strategic objective, like a city or a bridge or a fort, but rather putting their armies in motion. “When they recognized a strategic situation from past battles, they would replicate that battle or pieces of that battle to defeat the enemy. They fought battles; they didn’t conquer territory. But in doing so they defeated the enemy.”

The key to presence of mind is expecting the unexpected. In order to open your mind to a coup d’oeil, you must abandon your preconceived notions of what the solution might be — or sometimes even what the problem is.

3. A flash of insight

A coup d’oeil is not a totally new idea but rather a new way of combining past ideas from different sources. For example, Ransom Olds was the first carmaker to build a mass-produced car using a stationary assembly line, and Henry Ford copied that car quite closely in both its design and its manufacturing process. Then on a visit to the Chicago stockyards, where carcasses were hung on a rail and moved from station to station, Ford got a flash of inspiration — and the moving assembly line was born.

A coup d’oeil can show you how to reach a goal, but it can also change your goal. What’s a good goal? It is one that you see some way to reach, based on some combination of things you can put together from the past.

Resolution in this context is more than simply the determination to achieve the goal. It includes an element of flexibility — the willingness to move forward without a detailed plan and also the willingness to change course if a better opportunity presents itself. In Napoleon’s first campaign, his men were vastly outnumbered by Italian and Austrian troops. But because the situation resembled several campaigns of Frederick the Great some 50 years earlier, Napoleon had an idea: he would move his army between the Italian and Austrian armies and fight first one enemy and then the other.

He had a general goal rather than a detailed plan, and he put his army in motion and indeed he defeated each enemy army in turn, in a series of battles. He had no idea beforehand where the battles were going to be, but as they emerged he saw the opportunity there. So strategic intuition is not against goal setting. It just asks the question ‘Where does your goal come from?’

Professor William Duggan
He is the author of three recent books on strategic intuition as the key to innovation: Napoleon’s Glance: The Secret of StrategyThe Art of What Works: How Success Really Happens (2003); and Strategic Intuition: The Creative Spark in Human Achievement (2007). In 2007 the journal Strategy+Business named Strategic Intuition “Best Strategy Book of the Year.” Professor Duggan is the author of three previous books as well, and has twenty years of experience as a strategy advisor and consultant. Duggan teaches strategic intuition in three venues at Columbia Business School: MBA and Executive MBA courses, and Executive Education sessions (2002);

16 thoughts on “Learn from Napoleon”