“If having a soul means being able to feel love and loyalty and gratitude, then animals are better off than a lot of humans. You’ve nothing to worry about there.”

British author and veterinarian James Herriot, addressing whether or not animals have souls and could experience an afterlife

If you have ever suffered the loss of a beloved pet, you might have wondered at some point if you would ever meet up with your close friend again. You are not alone with such thoughts. One of the most frequently asked questions online is, “Do pets go to heaven?” Heaven and the afterlife are primarily religious concepts, and many of the world’s religions do provide answers. 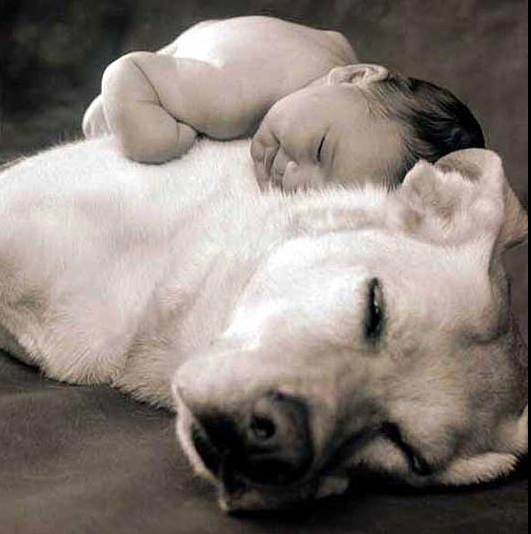 If you have ever suffered the loss of a beloved pet, you might have wondered at some point if you would ever meet up with your close friend again. You are not alone with such thoughts. One of the most frequently asked questions online is, “Do pets go to heaven?” Heaven and the afterlife are primarily religious concepts, and many of the world’s religions do provide answers.

Christianity holds that every living being, from the tiniest insect to the largest whale, has a chance at entering the pearly gates. Psalm 145:-9-10,13,15-21 reads, “God loves all His creation and has made plans for all His children and the lesser creatures to enjoy His eternal Kingdom.” Don’t expect to see your favorite individual plant in heaven, however. That’s because the Book of Genesis suggests all animals have souls, but plants do not. Genesis 1:30: “To every animal of the earth, and to every bird of the heavens and to every creeping thing on the earth, in which is a living soul, every green plant is given for food.”

According to Rabbi Howard Jaffe of Temple Har Shalom in New Jersey, the attitude of Judaism towards the afterlife might be summed up as, “We really do not know, but if there is a life after this one, and a reward for what we do, then surely it will be dependent upon the kind of life we have lived – therefore, let us strive to follow God’s path for us as closely and as enthusiastically as possible, for then we will surely know all manner of rewards, especially the one of seeing a world that is a better place for our efforts.” Religious texts hold that Yahweh, the god of Israel, did bestow the breath of life into the animals that flourished in the Garden of Eden, suggesting that each non-human animal too can become nephesh, or a “living soul.”

Islam, however, takes a different view. As Hazrat Mirza Tahir Ahmad explained at The London Mosque, “Every animal does not have options to do good deeds and bad deeds, so there is no examination for them. Their souls are not preserved, moreover, they are not fully developed and mature, because what is soul, after all, without consciousness.”

Buddhists regard animals as sentient beings capable of feeling suffering. According to the Mahayana school, animals possess what is known as “Buddha nature,” and may then become enlightened similar to the way that humans can within this belief system. Nevertheless, animals are thought to inhabit a distinct “world,” called Tiryagyoni in Sanskrit, which is separated from humans not by space, but by a state of mind. The doctrine of rebirth additionally holds that any human can be reborn as an animal, and any animal may be reborn as a human, reinforcing the inter-connectivity of all life.

Archaeological finds show that, before these and other more modern religions emerged, numerous ancient societies also believed in an all-inclusive afterlife. Mummified dogs, cats and other animals, for example, are frequently found in early Egyptian tombs. If a master died, it’s thought that his or her pets, not to mention servants, were killed in order that they could all remain together in the afterlife. Lifespan was generally shorter in those days, so sacrificing a short time on Earth for the sake of an eternal existence must have seemed worthwhile.

A phenomenon that has been studied by both religious scholars and scientists is “near death experience.” Many people who have come close to death have reported seeing a bright light, moving down a tunnel, reliving memories (including ones involving pets), and feeling as though they were outside of their own body, watching themselves.

Kevin Nelson and a research team at the University of Kentucky analyzed data on over 13,000 Europeans and found that almost 6 percent had experienced such an out-of-body experience. Nelson and his colleagues suspect that this occurs in the brain’s arousal system, which regulates different states of consciousness, including REM sleep and wakefulness. “We found it surprising that out-of-body experience with sleep transition seemed very much like out-of-body experience during near death,” Nelson said. While no research, to my knowledge, has yet proved that non-human animals also have these experiences, my guess is it’s possible, due to brain structure similarities.

Beyond such out-of-body experiences, if you really want to have a mind-blowing moment, and be fully with it at the time, investigate a physics concept called string theory. Some individuals who work in this field envision our universe as having at least nine spatial dimensions, six of which they think are hidden and undetectable from us. The reality we experience, according to this view, happens to consist of three dimensions.

In terms of physical evidence, Fido’s bodily remains may literally push up daisies, but the story is more complicated than that. A few years ago I spoke with Rene Severijnen, a pediatric surgeon at Radboud University Nijmegen Medical Center in the Netherlands, and with Ger Bongaerts, a biochemist and microbiologist also at Radboud. They believe there may be a state of being between life and death, “best defined as ‘resting life,’” Severijnen said.

Additionally, the basic building blocks of all life—atoms—don’t normally die at all. “The death of an atom means that matter is converted to energy,” according to Bongaerts. “This happens during an explosion of a nuclear fusion bomb.”

Although growth, metabolism and other bodily processes stop as soon as the body dies, “the degradation processes go on and may even increase” In the end, he says, all the complex compounds are degraded again to the smallest compounds, such as water, carbon dioxide and ammonia. These compounds may then fuel other organisms, and never die at all.

As you can see, religion, physics, chemistry and other disciplines address the big questions, such as “Do pets go to heaven?” from slightly different angles. All offer hope that there is meaning, order and significance to life, and therefore death.

Faith and belief also hold their own power over us, which has been demonstrated in many scientific studies. When British veterinarian and author James Herriot, known for his All Creatures Great and Small stories, was asked if animals join their human friends in an afterlife, he replied, “I do believe it. With all my heart I believe it.”

8 thoughts on “Do Pets Go to Heaven?”